EMERGENCY ALERT NO Fire Ban in Effect Read On...

Characteristics:
Eggs: Females lay eggs on needles.
Larvae: After hatching, pale green larvae mine the needles. Older larvae live in silk tubes hidden inside a mass built of silk and frass. Mature larvae have brown bodies and yellowish brown heads and can grow up to 18 millimetres long.
Pupae: After maturing, larvae pupate in cells formed in the soil.
Adults: Adult moths emerge during the summer and are black and grey in colour. Their wingspan is about 25 millimetres.

Identifying infestations:
Silken masses of needles and frass: As larvae eat, they build a large mass of frass and silk among the needles of the tree branch.

Preventive tools:
Follow a regular watering, fertilizing, and pruning schedule to keep your trees as healthy as possible to resist attack. 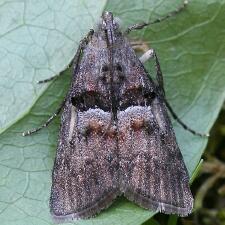 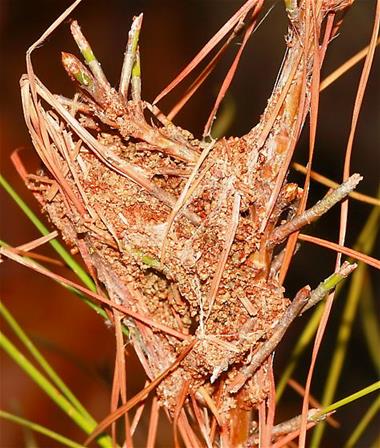